Christian Beadles is an American actor, singer-songwriter and YouTube sensation who rose to fame as the best friend of Justin Bieber and for role in the 2009 television series, Drop Dead Diva. He is also known for making funny videos with almost 100 million views on his YouTube channel.

He was born on November 22, 1996, in Atlanta, Georgia, to Sandi and Will Beadles. He has an older sister named Caitlin Beadles, who is also dated Justin Bieber.

He landed a guest starring role on the Lifetime television series, Drop Dead Diva and was also in Justin Bieber's music video, "Eenie Meenie". He landed his first movie role in the short film Seance as Jimmy. He also had appearance in the 2011 short film, Drama Club.

He is a songwriter and singer. He wrote a song called "Yes I Can" and has over 3.9 million hits. His second song titled "Doctor Stalker" was a #1 hit on iTunes and reached over a million views in a couple of weeks.

He enjoys helping raise money for different charities. His most popular one to date was Children's hospital in Orange County where fans even bought his shirt off his back for $505. 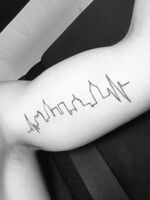 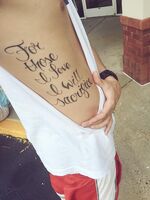 For those I love I will sacrifise
on right side 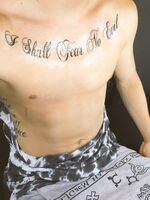 I Shall Fear No Evil
on chest
Community content is available under CC-BY-SA unless otherwise noted.
Advertisement